If I can only visualise hard enough...

I guess at some point most of us think that we can have whatever we want in life. I know I used to. I looked for the magical answer that would bring me the life I wanted. You name it – I tried it. Crystals, Feng Shui, prayer and meditation, and visualisation.

Visualisation – that’s a big one. But I’ll write more about that later.

Even since I knew Kirby and I would never have children I thought I could have the life I wanted. I negotiated with life, I thought if I can’t have kids then I would compromise and think about what else I wanted and then I could have a life that encompassed that instead.

It seems crazy to me now. I don’t, personally, believe that things happen to us on purpose to teach us things, but sometimes you can learn something anyway and I know one of the lessons I took away from not having children is that life isn’t going to hand me what I want just because I want it. It has just taken me a while to really understand this.

And back to visualisation. There are many self-help “gurus” around who say that we can have the life we want by using visualisation and just making it happen. It’s curious that the lives they suggest we can have all involve big houses, expensive cars, and a lot of money – and how the tickets for the seminars these people run are generally a couple of hundred dollars each, if not more.

To me – it’s kind of cultish. It’s getting people to pay lots of money to someone who is going to tell them they can have it all – when no one, ever, can really have it all. So, they are selling a lie.

We who have not been able to have children know very well that we can’t have it all no matter what we do or try or visualise. And, this means there are quite possibly other things we can’t have either – for example, a dream of mine is to climb Mount Everest (seriously!), but I am unlikely to ever do it because I have a heart murmur and a hole in my heart.

I would like to travel the world for a year or two, but that means I couldn’t have my pets – I want both! But, I can’t have both.

I want people I care about to get better – but some of them never will again.

Now that I’ve accepted that I can’t control every aspect of my life and there will never be a point where I have everything I want and I will live happily ever after I have found a sense of happiness I didn’t expect. Sounds strange, doesn’t it…

I’ve read a book recently called “The Antidote: Happiness for People Who Can’t Stand PositiveThinking” by Oliver Burkeman. And I get it. By being realistic I can focus on what is here, now, rather than waiting or striving for something that is never going to happen. And by focussing on what is here and now I appreciate the smaller things rather than constantly waiting and hoping for the bigger things to happen.

That doesn’t mean I don’t have goals or don’t push myself in certain directions – for example, I might not be able to climb Mount Everest, but I fully intend to go on treks in Tasmania, and in the Himalayas at a lower altitude. I’m starting training to do this very soon.

I’ve put a short poem about my feelings about not having it all on a postcard which you can feel free to download and share.

This is what not having children has taught me – and blessed me with. 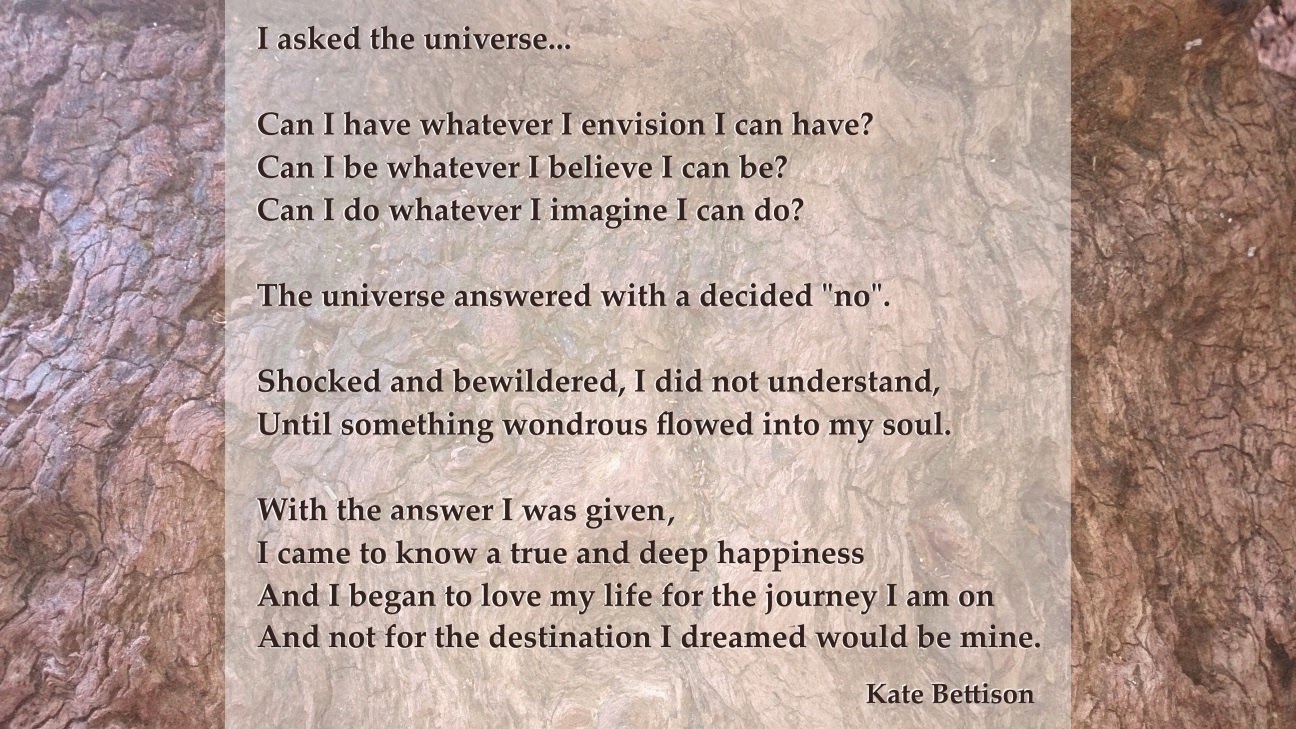 At least I was thinking maybe this was the case…

I realised a couple of weeks ago that I hadn’t been thinking about babies and IVF and infertility. And it surprised me, because in previous years I had always experienced feelings of sorrow, guilt, and even anger, as April approached.

I was positive that this lack of conscious thought about April meant the wound of not being able to have children had healed. The scar tissue had become so strong that it wouldn’t tear open again this year to leave my heart and arms empty.

It crossed my mind that perhaps the souls of my babies had moved on. Maybe they had let me go and I had let them go too.

I felt strong.  It was over it. Time truly does heal all.

Then I went to the supermarket.

Parents held the hands of older children, corrected their behaviour, laughed with their children, called them back to their sides when their kids had wandered of, and, sadly, there were also “parents” who seemed to take great joy in belittling their children in public.

That old familiar loneliness and emptiness arrived so suddenly that I struggled to keep the tears in my eyes from falling down my cheeks.

We didn’t even get to the stage of egg collection with our first round of IVF. No embryo was created. Still, I think about the child we could have had – the little boy or girl who would be turning six this month.

Who would that little person have been?

I tend to think about the child that could have been from our first IVF round as their due date would have been our wedding anniversary.

When we married we had a picture of what our lives would be like – and that included having children and raising them as best we could. There were no doubts that this dream would become a reality. After all, our friends and family were having children and never had any problems – so why would we? It never even crossed our minds that we would.

And I can never forget those dreams or that potential child, and I don’t think a time will ever come when I feel all okay about it. I will never be “over it”, and time doesn’t really heal all.

I also know that missing my child doesn’t mean I’m not strong. Perhaps it actually means I am strong – because I can think about our children, grieve for them, while still being able to love and feel and live.